Consolidation momentum on the professional cleaning and hygiene market

The cleaning and professional hygiene industry, with €28 billion in revenue generated worldwide, is in the grips of a sweeping consolidation movement. First of all, the fundamental trends are good, which keeps investor appetite strong. From 2018 to 2019, the sector grew by more than 3%, and this figure is destined to rise, thanks in particular to the Healthcare sub-segment, now soaring.

Europe, with almost one-third of the global market with €8 billion in revenue, is the ideal setting for this consolidation. Not only is the market still very fragmented with almost 85% of small and medium-sized enterprises, but it is also beset with a regulatory environment that is turning its organization on end. The Biocidal Products Regulation (BPR), which came into effect in 2013, adds to the constraints already weighing on disinfectant manufacturers. The latter have until 2030 to have the biocidal active substances used in preparations controlled and authorized. Thus far, only about 20 of them have been approved, and more than 70 are currently under evaluation.

This situation creates considerable financial pressure on European stakeholders, which are required to invest considerable amounts of money to stay in compliance with the legislation, which is difficult for smaller-scale companies to bear. Consequently, the most vulnerable of them have every interest in finding a partner with strong footing to survive.

The sectors connected with food safety and healthcare are very promising, in the long term, for cleaning and professional hygiene companies.

As concerns specifically the impact of the Covid crisis, the agri-food segment did well for itself (improvements in the continuity of the food processing chain outweighed the drop in the production of consumables, itself kept under control by the increase in meals taken at home), while agricultural activity has, on its end, managed to fend off the consequences of the crisis (the cleaning protocols have been stepped up, but milk production has decreased). Only the food service industry bore the brunt of the Covid-19 crisis, to a greater or lesser extent depending on the geographical region, as a majority of restaurants and cafeterias simply shut down.

Meanwhile, the healthcare sector (hospitals, clinics, specialized practices, retirement homes, medical equipment makers, skin hygiene, etc.) is the industry’s main growth area, though it remains small in size (€2.5 billion in revenues). Before the crisis, from 2018 to 2019, this market already posted growth of around 20%. This growth is expected to remain significant in the coming months: hospital-acquired infections continue to be a prominent issue in a world where healthcare institutions are under extreme strain. Of course, professional hygiene sector players also operating in the healthcare sector are highly coveted by investors, and there is no doubt that their EBITDA multiple will continue to increase.

Precisely, the EBITDA multiples in the cleaning and professional hygiene industries remain at a high level despite the crisis, particularly those of large multi-trade and multi-region structures. Only ten or so companies can boast such a position as well as turnover in excess of €200 million.

This competitive advantage – size – is the leading factor enabling them to record EBITDA margins of around 20-25%. And as these players are able to maintain such high levels of profitability, even improving on them as they invest, the multiples can only increase, barring an exogenous non-market cause.

Kersia, the French specialist in food biosecurity, has been valued at around 15 times its EBITDA by IK Investment Partners. Schülke & Mayr, its German neighbor with a stronger presence in the healthcare market, posted a comparable valuation multiple when it was acquired by EQT in the First Half of 2020. And at the very top stands the world leader water, hygiene and infection prevention solutions, the American Ecolab, with a reported EBITDA multiple that is over 20.

In contrast, the growth stories are lower-key for the remaining 85% of European SMEs (less than €30 million in annual revenues). Depending on their margins which are also smaller, their growth profile and their strategic positioning, EBITDA multiples are between 5 and 10 times on average. For consolidators, they are obviously prime targets.

Embodying an industry that is globally on the rise, private equity funds are omnipresent amongst occupational hygiene specialists. Including the two transactions listed above, Kersia, taken over by IK Investment Partners and Schülke & Mayr by EQT, the last ten significant transactions on the market have directly (buy-out) or indirectly (build-up) involved a sponsor. Consequently, only three strategic acquisitions have been carried out between industrial players: the takeover of the Belgian player Cid Lines by Ecolab in early 2020, that of the American Arysta by its colleague UPL Corporation in 2019, and lastly, the acquisition of the German player PeroxyChem by Evonik at the end of 2018.

The investment funds’ strategy is, all in all, fairly classic and goes by the name of buy-and-build: taking over mid-market players, applying a sustained build-up strategy, and reselling them at the highest price, preferably to an industrial player.

This is precisely what happened with Laboratoires Anios Group, a professional in clinical and hospital disinfection, supported by the French management company Ardian for nearly five years, and sold to Ecolab in 2017, after having integrated competitors in Brazil, Turkey or Spain, for an amount exceeding €750 million. This was more than twice the price mentioned at the time of its acquisition by Ardian in 2013 (around €350 million). 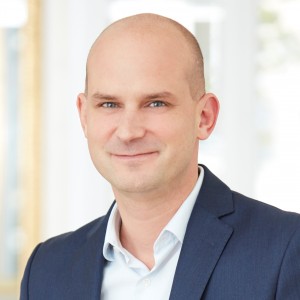