VDMA’s forecasts for robotics and industrial automation (including machine vision) towards the end of 2021 were still characterized by confidence and based on a good order intake situation for industrial sales, a return to the « pre-Corona » level of 2019 was considered to be possible. As per end of March the outlook has become noticeably gloomier in view of the latest developments.

According to a survey conducted by VDMA of their member companies in the beginning of March, i.e., shortly after the start of the Ukraine war, many companies see direct risks from the conflict, resulting from imposed economic sanctions, project delays or the loss of sales. Much more serious and possibly long-term, however, are the indirect consequences of the Russian attack on Ukraine through energy and raw material price increases, trade interruptions or uncertainty among customers. Supply chains disrupted by the pandemic and bottlenecks in the supply of electronic components continue to affect production and thus in many cases lead to delayed sales, as end products cannot be delivered as planned due to material shortages. The industry is reacting by striving for higher supply security, e.g., by broadening the supplier structure or increasing warehousing.

The valuations of the listed companies in our Industrial Tech and Vision Tech Index have also reacted significantly to the outbreak of the armed conflict (see below). In addition, we expect effects on the earnings side of the companies resulting from indirectly effective factors such as the ongoing levels of Corona infections as well as interest rates and inflation, which may have an impact in the medium term. Notwithstanding, based on discussions with business leaders, owners, and financial investors we expect the automation sector, including machine vision, to remain highly attractive, supported by the increasing degree of digitalization and integration, developments in deep learning/AI and the further broadening of applications in the non-industrial sector.

As we have seen in earlier researches already (cf our last Insight), the Vision Tech companies show a stronger price performance in the period after the initial “Corona shock”, i.e. summer 2020 to now, whereas the Ukraine war related decline hit all sectors in a similar way.

On EV/EBITDA multiple level the Vision Tech companies show a comparable development, however Q1/22 reports and updated consensus estimates are not yet factored in, we will show an updated picture in the next Insight as per end of June.

Looking at valuations from a geographical perspective, we compared European players vs. a “RoW peer group”, which however is dominated by US companies. For this comparison we took a broader period to reflect the impact of Corona as well. It was interesting to see that in terms of market cap not only the pandemic’s dip was stronger in Europe (as was the recovery in late summer 2020) but that non-European players including many US firms showed a stronger performance in the 2nd year of the pandemic.

Valuations show a more or less constant and significant gap in favor of the RoW peers (Q1/22 reports and updated consensus estimates not yet factored in).

A specific subsegment in Vision Tech, which we feel is getting more and more recognition is multi and hyperspectral imaging. Obviously, technology progress has made it a much more commercially viable product in the last couple of years and has opened a variety of both industrial and non-industrial applications. One area improved by the emergence of these technologies is inspection. Quality inspection of food and beverage products, pharmaceutical product inspection and sorting or color inspection are just a handful of examples of how non-visible imaging components factor into machine vision systems today.

On the supplier side, new players are joining the ranks of established manufacturers and present innovative approaches like colloidal quantum dot devices with the aim of better performance or a broader field of application at lower investment costs.

On the transaction side, we have seen some M&A deals with hyperspectral imaging reference e.g., ISRA Vision’s acquisition of Photonfocus, Konica Minolta’s takeover of Specim or Arsenal Capital’s investment into Headwall Photonics. Same goes for the earlier phase segment with recent capital raises by ventures like Artilux (TAI), TriEye (ISR) or Emberion (FIN). We expect to see more of this as part of future transactions in the sensors & vision technology sector. 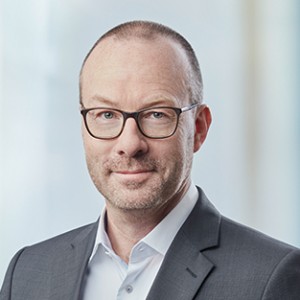