The traditionally male-orientated sporting goods market is positioning itself for growth in women-specific products.

Brands in the Outdoor space especially are realising that by failing to properly engage with this demographic, or more specifically with the female anatomy, they are missing a new growth opportunity. It’s a massive addressable market: a recent report by the Outdoor Foundation found that 49% of outdoor participants between the ages of 25 and 44 are women, while the vast majority of purchases are also made by women, according to research by Nielsen.

For years, women’s ski clothing and equipment was marketed to women but not specifically designed for them – smaller, softer versions of men’s gear, just with more traditionally feminine colours.  However brands such as the Austrian player Blizzard have grown their sales strongly by targeting women with entirely new offerings. In 2016, their women-specific ski ‘Blizzard Pearl’ was the number one selling ski in the US, outselling 1,200 other models both in units and dollars sold. In the same year, the UK winter sports retail market recorded an 8% rise in female specific skis (down 11% in unisex) and a 5% increase in women’s boots (down 3% for unisex).

Women’s skis are lighter and the mounting point for the binding is further forward, which makes them easier to steer. And women’s ski boots have very specific requirements, because women have narrower ankles, and their calves tend to attach lower than on men, which requires a completely different design.

In 2002, the US brand Specialized launched the world’s first women-specific road bike. It was just a different frame; now we are seeing more customized offerings, on parts such as forks, gears, seats and springs. And only recently, the sport has started to embrace the idea of women-specific clothing. Traditional cycling kits (which are tight) have traditionally been designed for men. The British cycling clothing brand Victor & Leap, launched in 2015, sensed an opportunity: “When it comes to women’s cycling clothing, ‘pink it and shrink it’ is the received wisdom,” explains its founder Rose Goldman. “I’m here to change that, to make clothes that actually make women look and feel good on a bike. Now we are seeing dedicated women’s offerings from others, such as the high-end British cycling clothing brand Rapha.

Women need bike frames with a shorter reach and taller stack, or front end. Now manufacturers are making other adjustments, such as alignments to the forks and springs. The innovations continue.

In 2012, Columbia Sportswear released one of the first outdoor clothing lines specifically for women, based on a consumer research project. Since then, a number of rival brands have entered the market, including the sporting giants Adidas and Nike. “Our women’s business is one of the categories that we’re supercharging and putting more resources against, with the greatest potential for growth and highest returns,” says Amy Montagne, vice president and general manager of Global Nike Women’s.

Women’s hiking gear now fits the female form, thanks to adjusted pocket placements and hem lengths. For footwear: a new heel-cup, arch shape, and toe splay. (A woman’s heel cup needs to be narrower, which creates more stability when you walk, while a wider toe splay helps prevent blisters and increases comfort.) Another big difference is that women feel the cold more – the Columbia team created their ‘Omni-Heat Reflective’ technology, which features a breathable space blanket–like insulation. 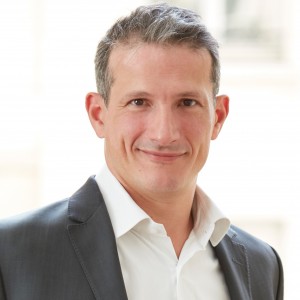