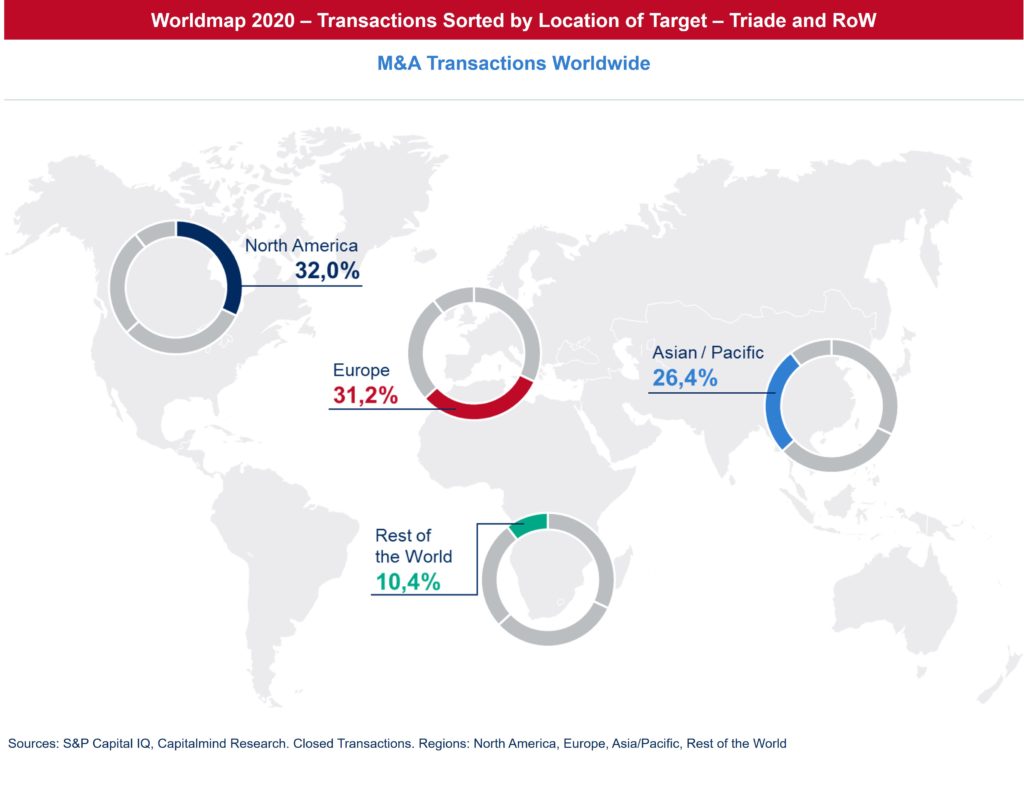 The past year brought a revival of the transaction market. With almost 2900 deals, the number of transactions rose by 14% compared to the previous year. The lion’s share of the growth, more than 80%, was achieved in the Asia/Pacific region.

By far, the Chinese Huaneng Group leads the list of the most active investors by number of transactions. Acquired are generation plants based on renewable energies. With 22 entries, it is well ahead of the other companies ranked in the single digits in the top ten, which include several Canadian and European buyers. Apart from the Brookfield Group, none of last year’s listed investors are in the top group.

Globally, most deals took place in the Independent Power and Renewable Electricity Producers segment, and these predominantly in Europe. The Oil, Gas and Consumable Fuels category is close behind. 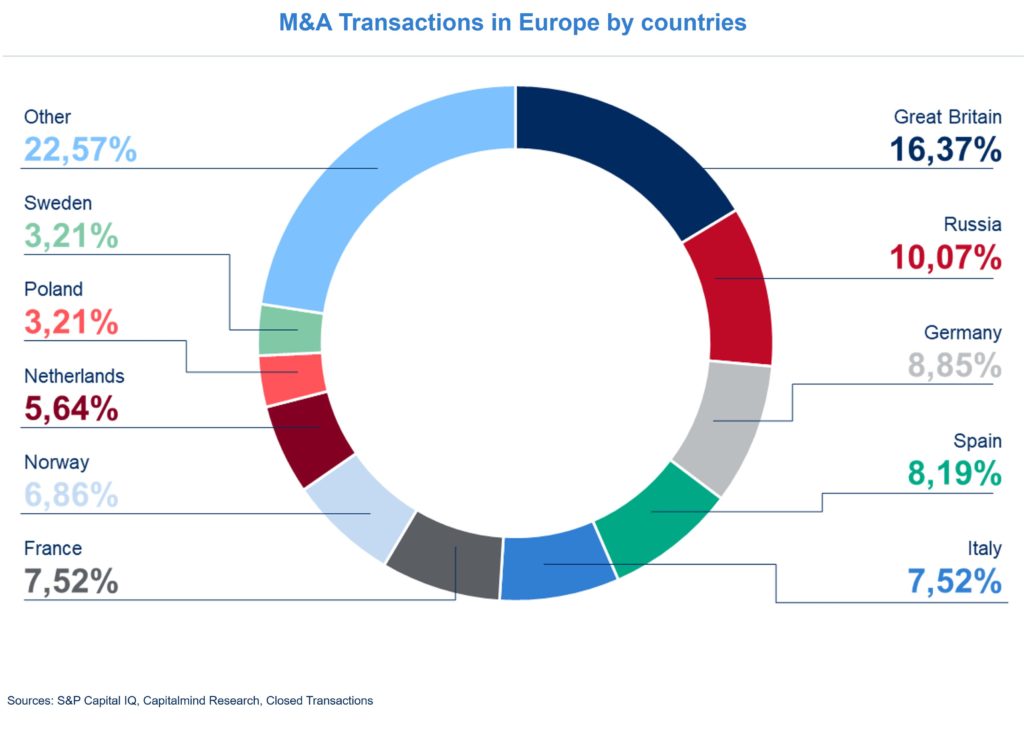 The UK again leads the list of transactions in Europe, followed by Russia. Together, these two countries account for just under 30% of the 900 deals, sorted by the location of the target company. As in the previous year, purchases of generation companies dominate. 87% of the buyers come from the region (Europe).

Green generation on the rise 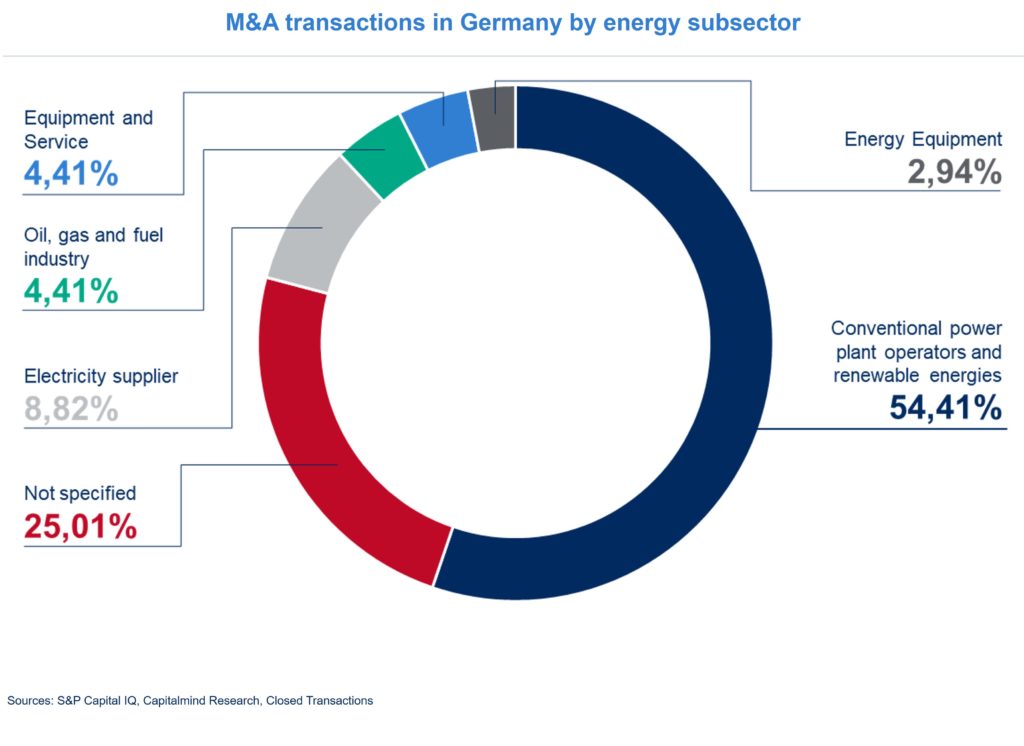 In Germany, too, many of the transactions involved renewable energy installations. An increase of 4 percentage points compared to 2019.

Martin Hallinger, Senior Advisor, Capitalmind: « As before, plants for energy generation from renewable energy sources are the subject of a large part of the transactions. This will continue in the course of the necessary transformation towards a climate-friendly energy industry. The increasingly favourable generation costs compared to other technologies have a stimulating effect here. The Asia/Pacific region was given greater weight in 2020. » 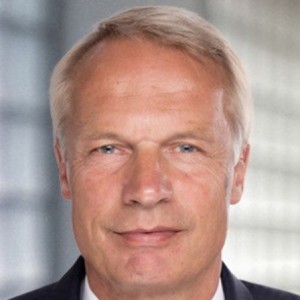